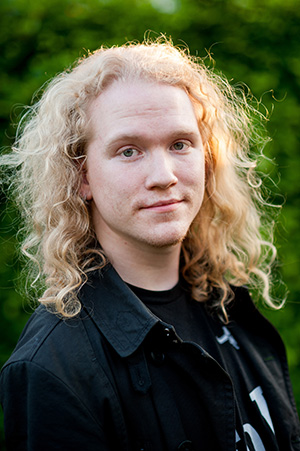 My full name is Daniel Svejstrup Christensen. I'm 33 years old, and was born and live in Denmark.

Games, video and tabletop, have been an essential part of my childhood, and game development has become a great passion of mine growing up. In my spare time, when I’m not playing games I design and program them instead.

I’m an acclaimed cosplayer, and I’ve won prizes and been featured in magazines. Through cosplay I have touched upon theatrics, and been creative in ways I wouldn’t have been able to, making games. I rarely compete any more, but have instead partaken as judge at four cosplay competitions.

During secondary school I played the drums at a few gigs, in a band that mostly played metal. I still play the drums today, but between my work and other hobbies, I haven’t been able to find time to play in a band.

2016 - 2017: Student programmer at the Department of Business and Management, Aalborg University

2016 - 2017: Substitute teacher in App- and Game Developement for UngAalborg

The copyright of all images rendered by me goes to their respective owners.
© 2008-2022 Daniel Svejstrup Christensen